Even though this year is totally weird, we both needed to get out for a couple of days and be in nature instead of looking at our own walls again. With two homes we can mix them up a bit, but it still gets taunting after so many months!

So during July we have been camping for a couple days. It was nice. I took some pictures. 🙂 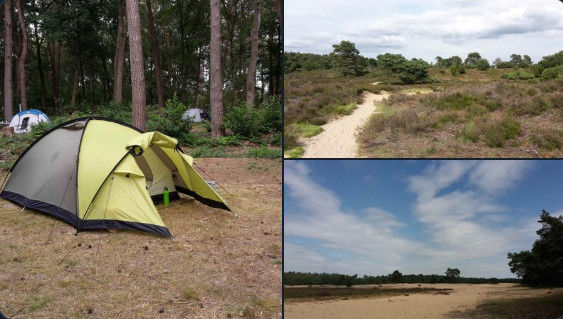 We went to the province Drenthe in the Netherlands. It is known for their prehistorical monuments, the dolmens. It was one of the most densely populated areas of the Netherlands until the Bronze Age and artifacts from the Wolstonian Stage (150,000 years ago) are among the oldest found in the Netherlands. Stupidly enough, I have never been there before!

We ofcourse went looking for these dolmens (which we call “Hunebedden” in Dutch), which are tombstones built by the Funnelbeaker people using boulders transported from Scandinavia to Drenthe during the Ice Age.

The biggest “Hunebed” of the Netherlands is D27, which is 23 meters wide. In this picture you can see only half of it. 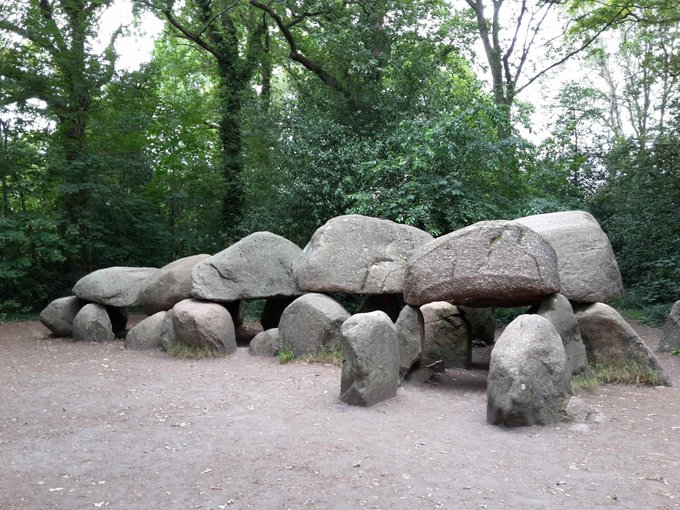 These “twin beds”, which we found next, are D28 and D29. In one of these archaeologists have found metal pieces, which wasn’t something made here yet during those times. The only way to get it was by trade. This is very interesting, because back then (and this is waaaaaay back) people didn’t travel much. So how did this traded piece of metal get there? 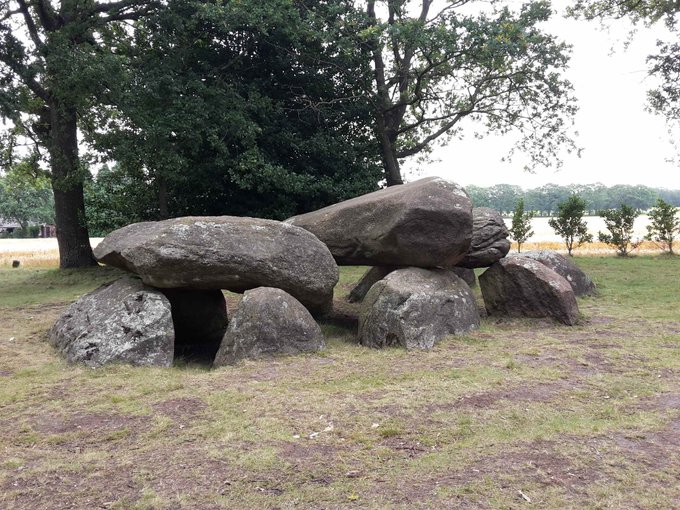 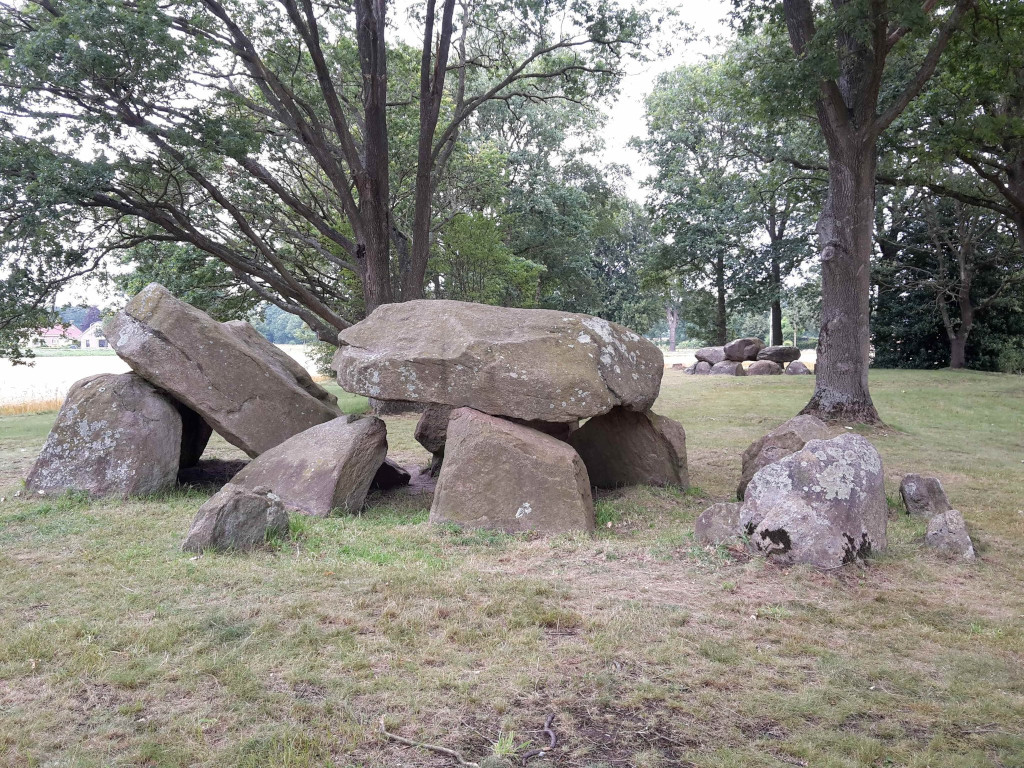 Then, we did a bunch of other holiday stuff for the day, because who wants to look at big rocks all day? (ME!! The answer is me!) On our way back to the camp site we drove past a sign. And feeling adventurous, we followed it! To these two, D19 and D20, also twin beds. Rather large. And… with an extra row of stones on the outside. (So, totally different rocks, right? Right!) 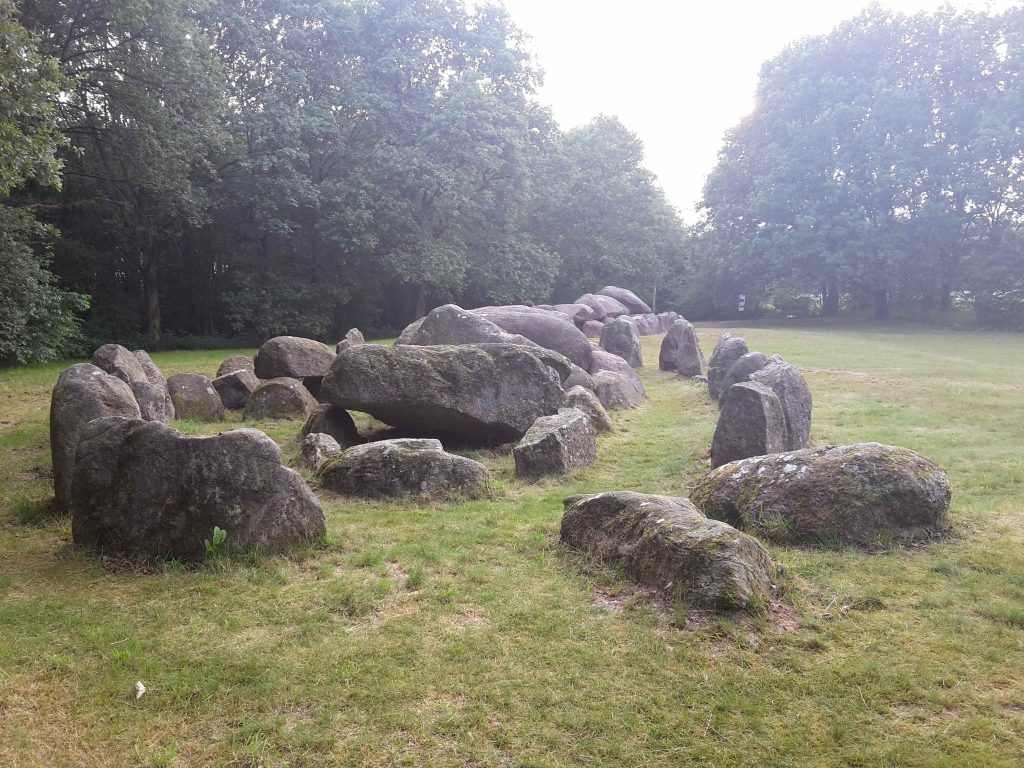 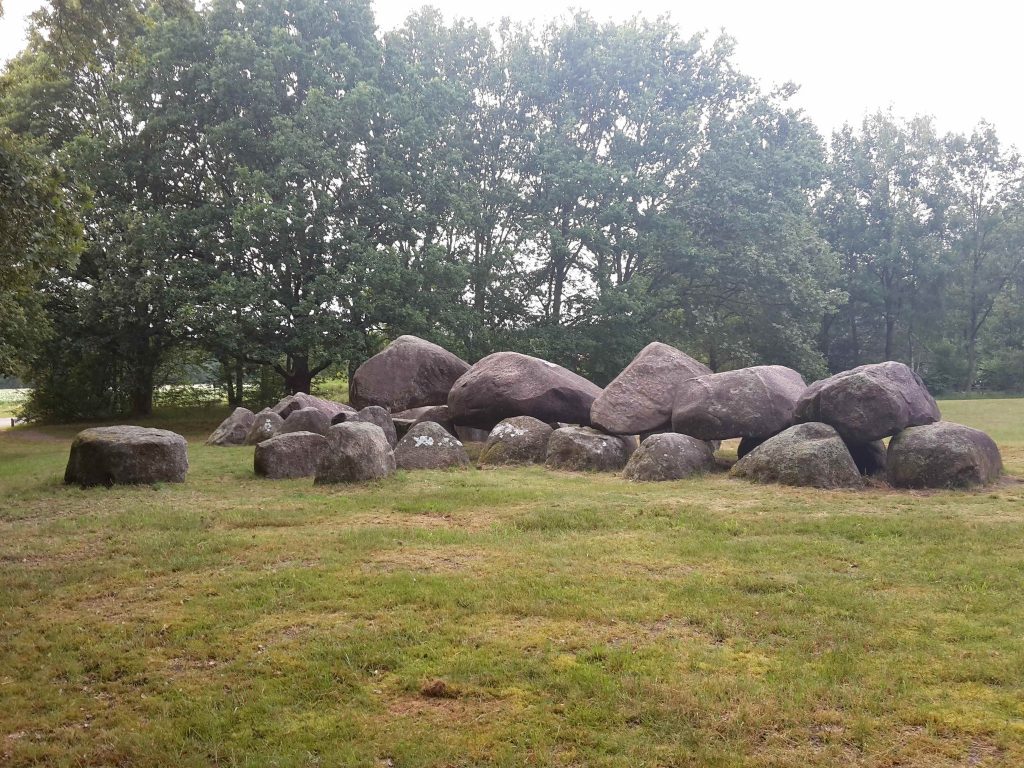 This is the point where I got really enthusiastic about finding them. Because right next to where we parked the car, was another one of those special signs telling us there was another hunebed to be found. The geek in me got excited and we WENT ON A QUEST!

This next one, D26 was rather weird situated and made us abandon the car and taking a hike. Which was perfect! It also has an double outside layer of stones. But as you can see at the front of the picture, these are far more distanced from the inner stones as the other two hunebeds. 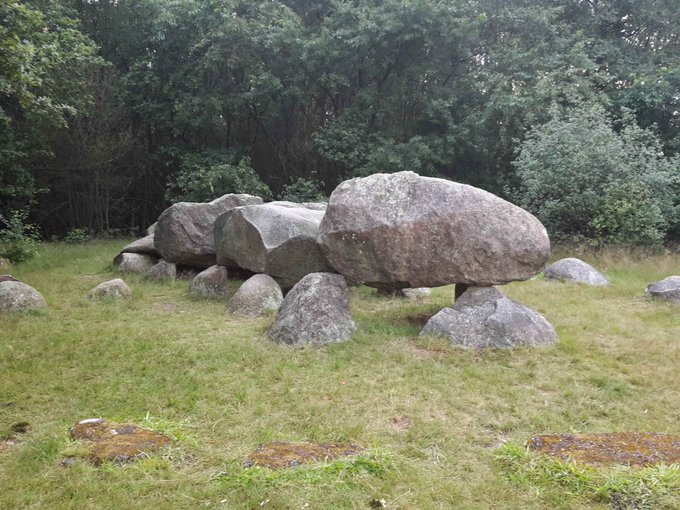 Well, that’s it would you think, back to the camp site again? Nope, we found and followed another sign and found FIVE more! A twin bed and a triplet. 😀

First the triplets, D23, D24 and D25, here you can see they are less complete. At some of them a dig was done in the early 20th century and from pictures you can see that it looked much better. Now only D25 is still sort of complete. The many things they have found during these digs are still to be found in the British Museum in Londen. 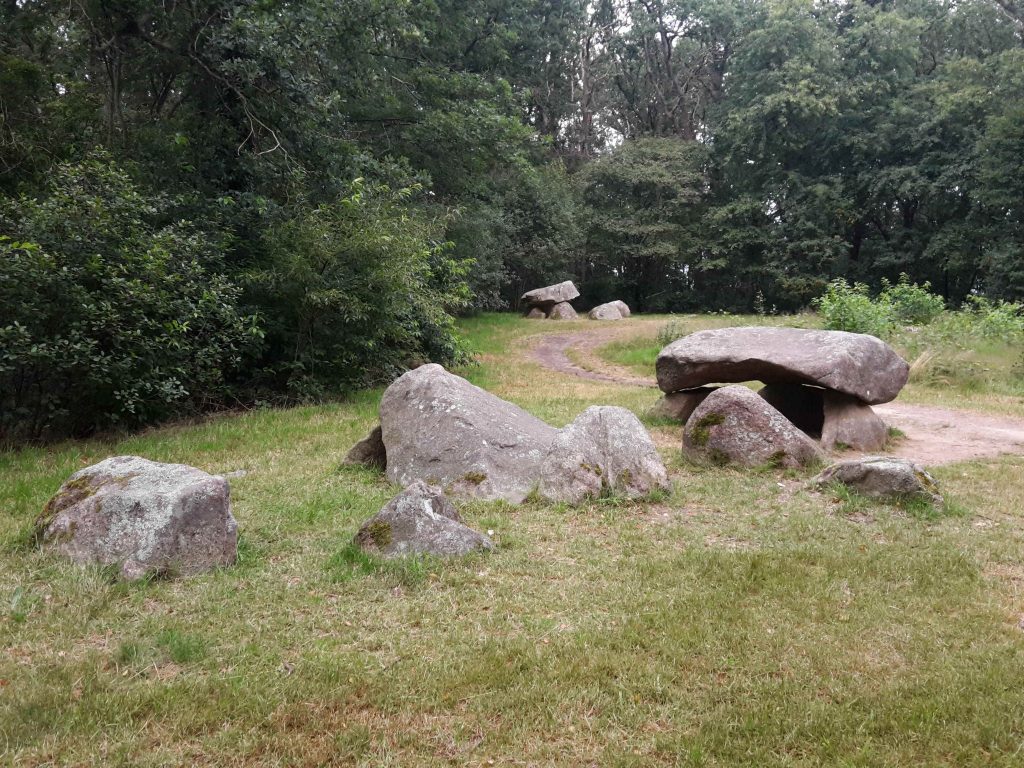 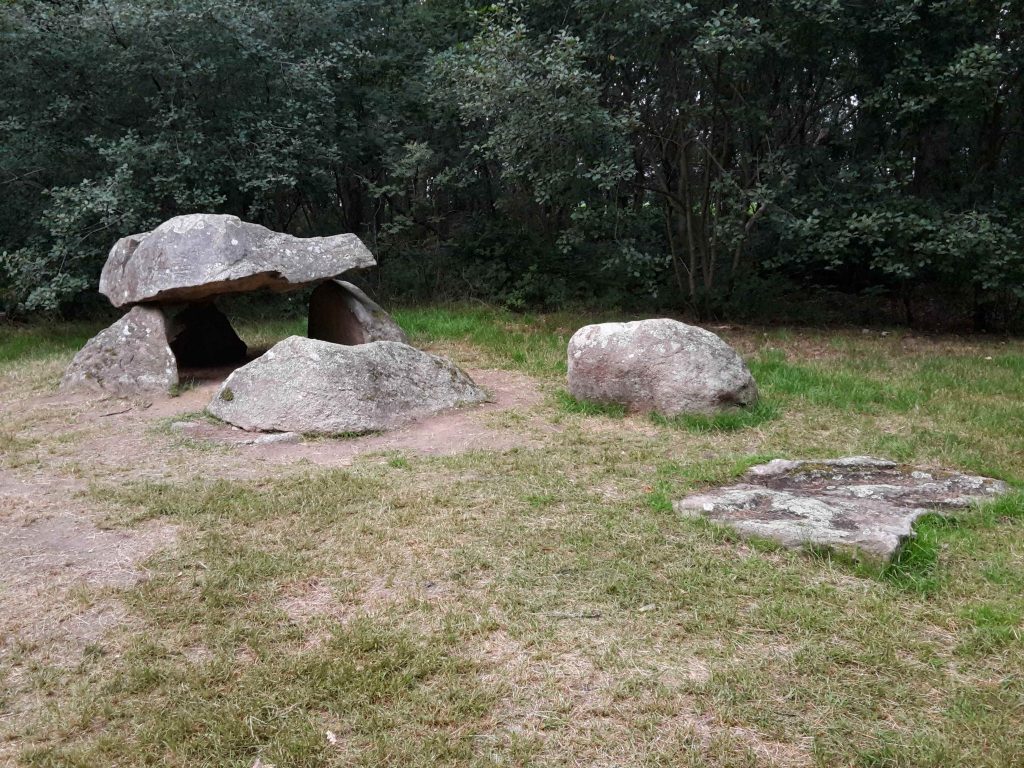 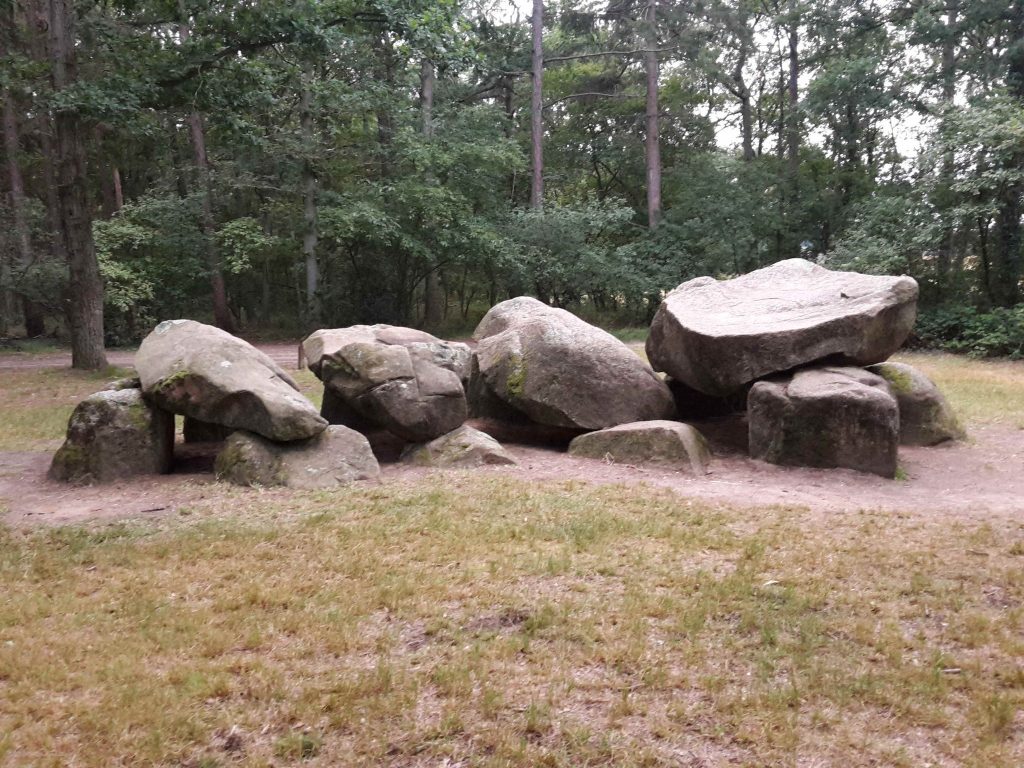 The next two were absolutely the best find. So beautifully entangled with the trees…. These are D21 and D22, the most complete one and the smallest one. Archaeologists apparently did some great finds here too, but the sign didn’t tell us what it was. 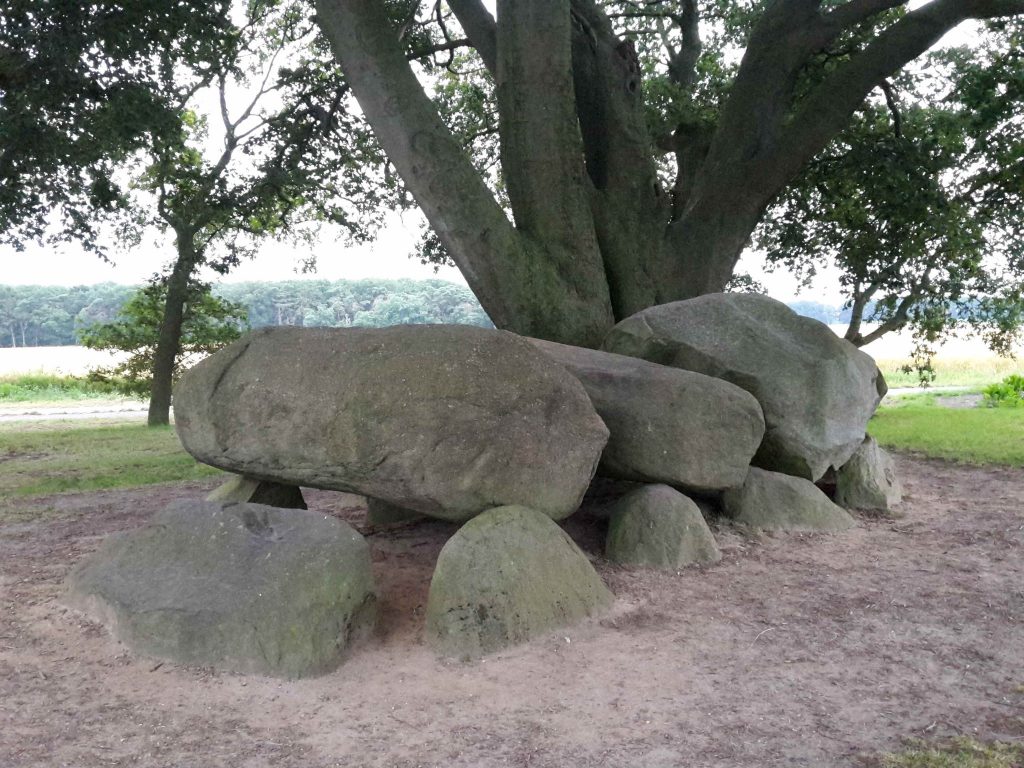 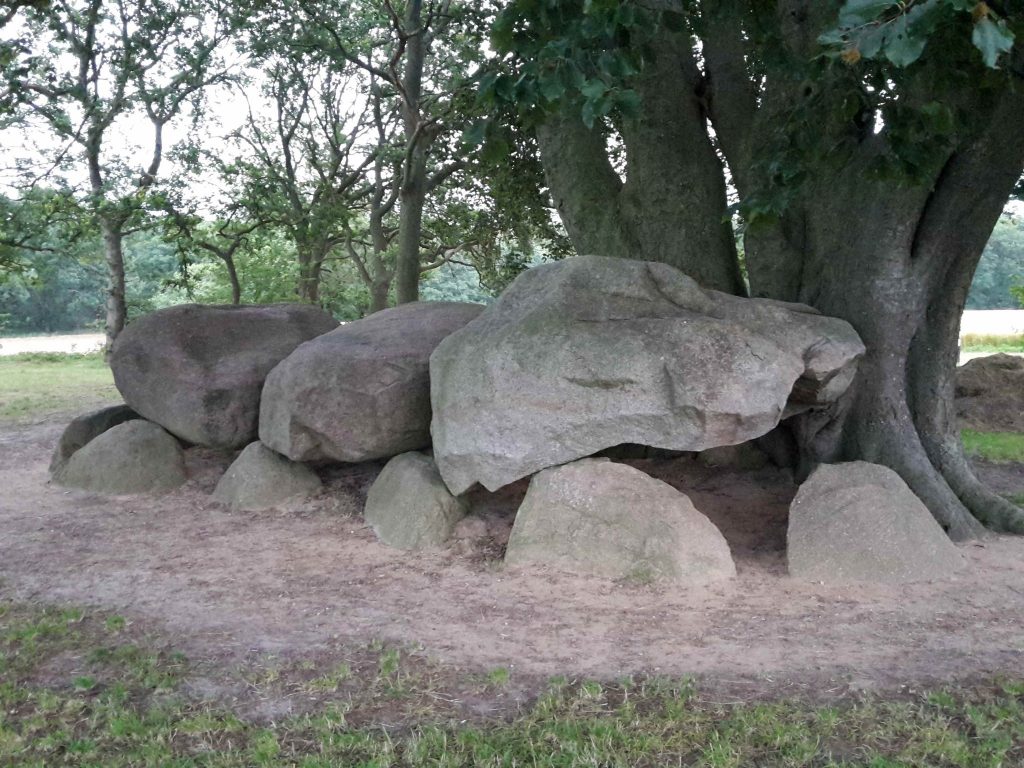 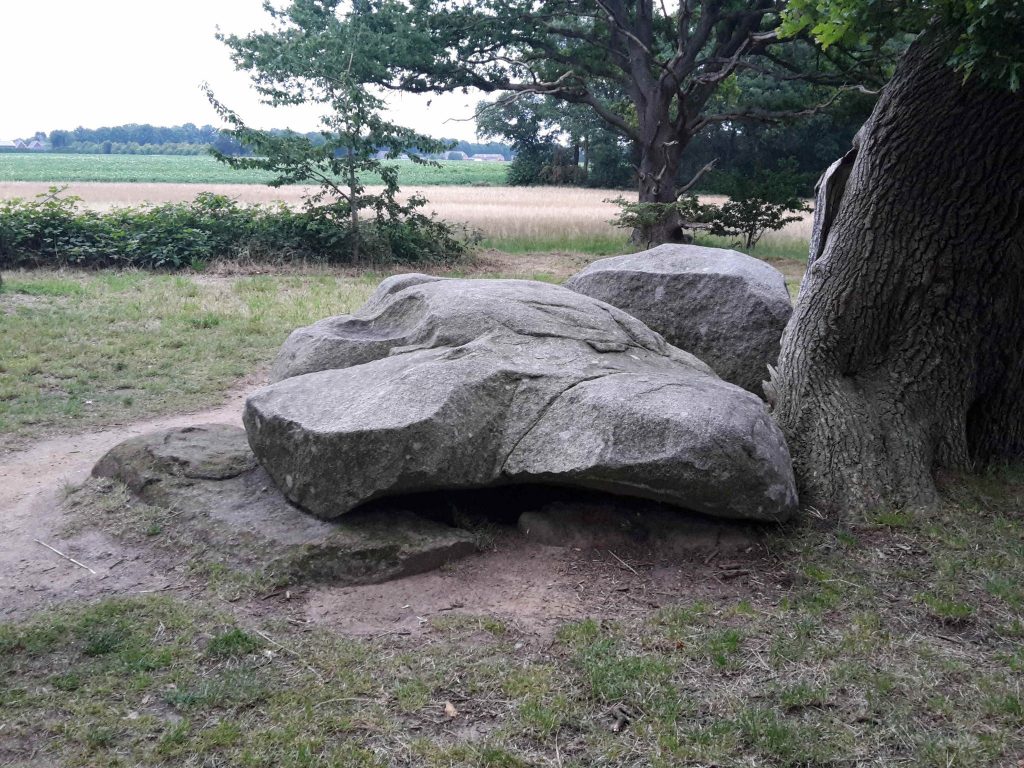 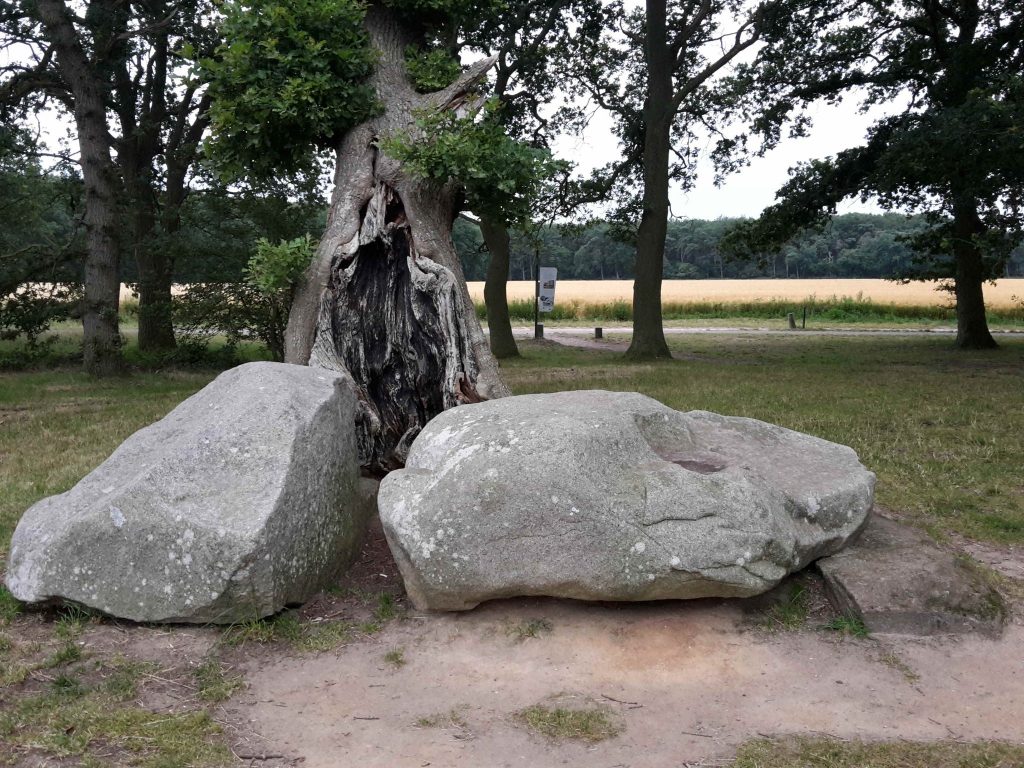 I always have a thing for visiting cemeteries, although I hardly do anymore, but being with these rocks made me feel real small in the world. All these years ago, people who didn’t have all of our technologies, build these massive sites with these humongous rocks. They were able to stand inside them, so what we have seen is not all of it. There is more underneath the ground.

Not all of the beds have been dug by archaeologists, there is probably still plenty to find down the burial grounds. Can you imagine? It’s not allowed though, due to them all having monumental status now. There is a museum next to the biggest hunebed from the first picture where many things they did find are on display. Sadly for us, it was already fully booked, so we weren’t able to visit it.