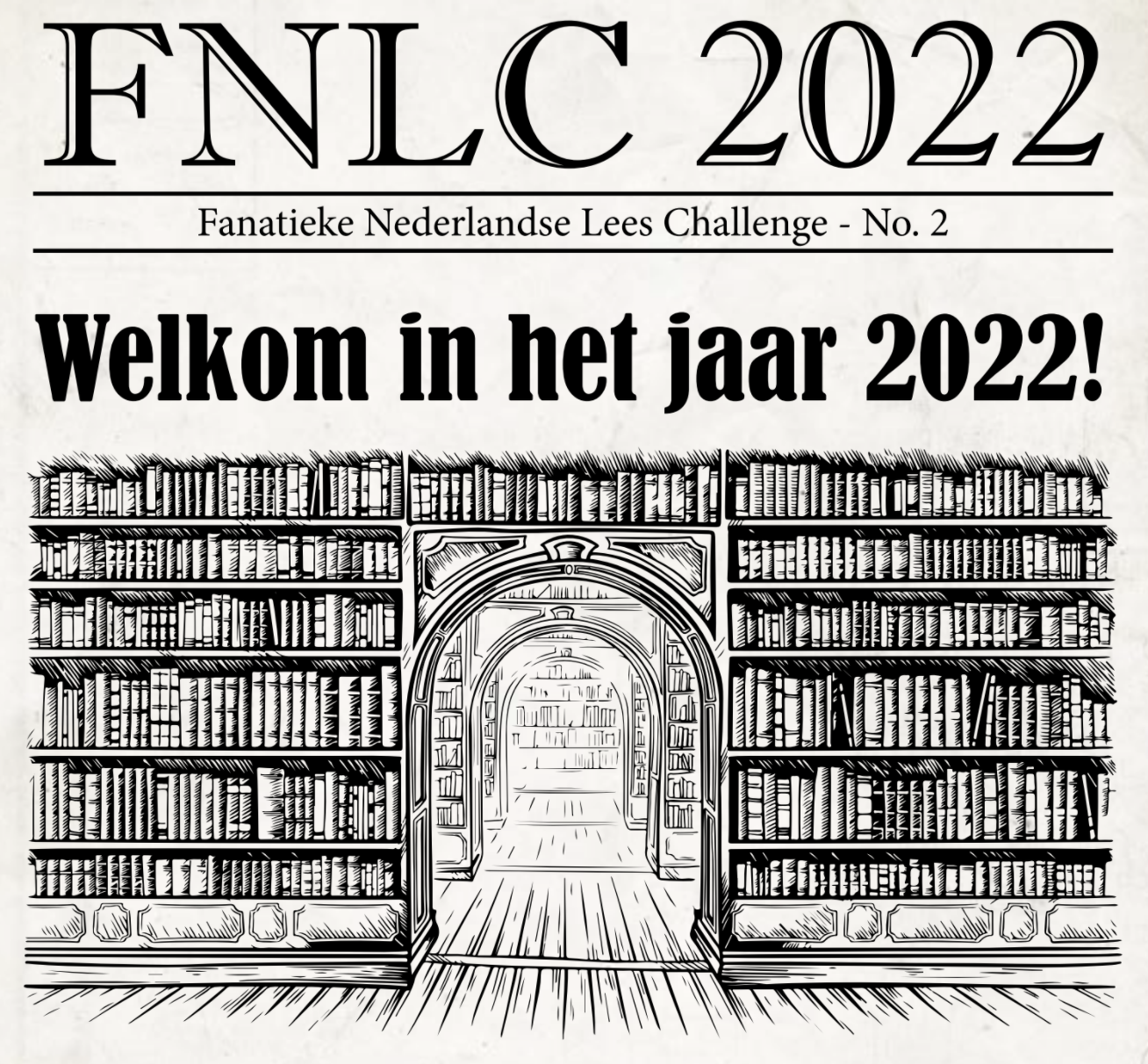 Besides watching more booktube and finding a couple of favorites last year, I also found a Dutch Fanatic Readers Goodreads group last year. Even though I am not a fan of Goodreads and only use theStorygraph these days, this group moderators organise a very interesting, motivating and diverse reading challenge. And this year I could join from the start. Yay!

So let me explain a bit of this challenge. And I really hope I can do it right, because it’s a big one. If we want to read all the books for every well, assignment, we’ll have to read (at least) 73 books. And this being a challenge, every assignment is worth points. Some more than others. You can also earn bonus points for monthly bonus reads. And for every 10.000 pages you read. Woa!

The assignments however are absolutely marvelous! They often link to the group-activities, like read one of the monthly reads, or read something by an author we’ve read the most of last year, or one of the all-time most reads titles by the group. But they also often link to current affairs, or Dutch history, or Dutch towns. And, this is something I really like myself, some are complete puzzles or riddles you will have to solve.

But… and this is the absolute best of this reading challenge. Each of the assignments has it’s own little story attached. And all of them combined together are published in news paper style! I will show some examples below.

FIFA World Cup
The FIFA World Cup takes place in 2022. There has been a lot of debating going on about it being in Qatar both because of the weather being too hot to play soccer games, as the many human rights who are violated by the country every day but in specific to make the World Cup happen. Read a book about human rights.

Boekenweek
In the Netherlands the Book Week is a week (of ten days) festival dedicated to Dutch literature. It has been taken place since 1932. Each Boekenweek has a theme. Events are held across the country during the Boekenweek, such as book signing sessions, literary festivals and debates.

Each year a well-known writer, usually Dutch or Flemish, is asked to write a book/novella, called the Boekenweekgeschenk (book week gift), which is to be given away during the festival. Book shops give a copy of the Boekenweekgeschenk when a customer buys a book in the Dutch language; libraries also give copies of these books when a new person becomes a member. This year two writers are nominated to write both a book and an essay. The theme of 2022 is “First Loves”. Read either the Boekenweek gift book or a book about High School Love.

Whiter shade of Pale
In 2021 Dutch investigative journalist and crime reporter, Peter R. de Vries, was shot in the head on the streets of Amsterdam after leaving a television studio where he has been a guest talking about a major crime case he has been working on. He immediately went into coma and died nine days later. Many people where on the street when this happened and recorded Peter after being shot and the images were widely shared on social media. People were shocked on multiple levels…

To honor Peter’s life all Dutch radio shows decided to collaborate and broadcasted his favorite song, at the same time as his funeral was taking place. Read a book with a title of at least three words, each word needs to start with a letter from Peter’s favorite song A whiter shade of Pale.

900 years Utrecht
On 2nd of July 1122, 900 years ago, Utrecht was one of the first Dutch cities receiving their city rights. Now being one of the oldest cities of the Netherlands, together with Maastricht and Nijmegen. Utrecht became one of the most important trading towns of Europe during the 13th and 14th century and today is one of the fastest growing cities in the Netherlands. On the first of July 2021 Utrecht had 358.974 inhabitants.Read a book with 358.974 or more ratings on Goodreads.

On the Oudegracht in Utrecht lays and endless poem. Each letter of the poem is carved into the pavement and each Saturday at 1pm a new letter is added to the poem. The poem is evergrowing and neverending. Months turn into words and years turn into centences. Read a book with genre Poetry.

Puzzle
Solve this puzzle to know what kind of book to read.

Because this is such a major challenge, I won’t be participating in other challenges much. Up until now it has been an absolute joy. It is motivating me to read more, and I also read more diverse because some of the challenges (for example reading something by one of the big five classic Dutch writers or something from a specific literature period) are not something I would think about doing by myself.

Sadly for you non-Dutch readers, this entire challenge is Dutch. But if you happen to understand a bit, or are Dutch yourself, please check out the challenge linked above and if you want to join the Goodreads group. Even if you don’t like Goodreads, there is a fun Discord group aswel!