Well. May has been a month all right. Not my best one, mentally, and I’m surprised that I still have read 7 books, as I didn’t read anything for two weeks straight. I woke up utterly tired. Suddenly could start crying for no reason at all. And really, nothing could motivate me to do anything. It’s been a while since I felt this way, and usually there was a solid reason for it which I couldn’t find this time.

So I went back to basics. Food, sleep, move. Take a break and only focus on those. I also bought myself a DIY miniature house to build, which has been fabulous (and is ofcourse not finished yet). After that I started reading again. A lot of cozy reads mostly.

I’m still not fully there yet, but am feeling better every day now. So that’s progress! But let’s talk about books instead, because that’s what you’re here for, right? 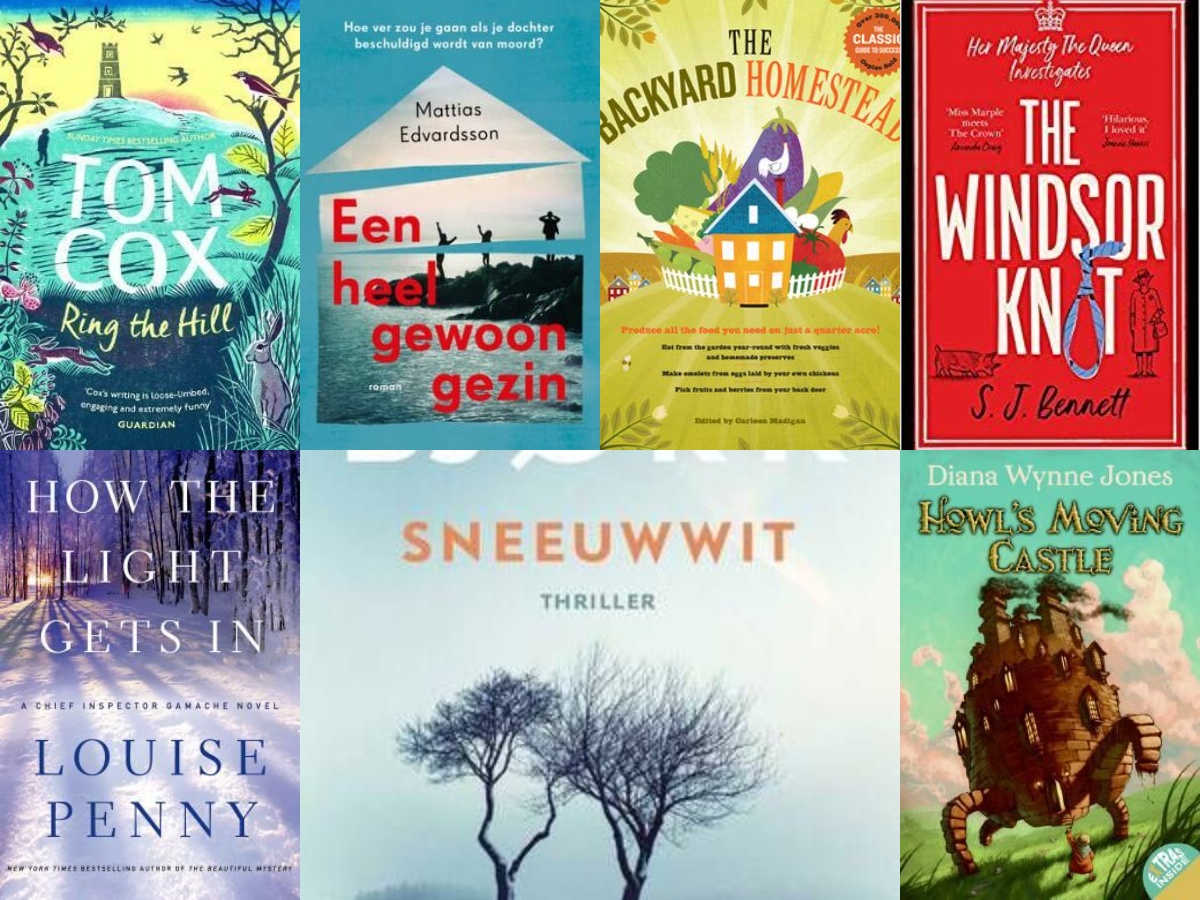 33. Ring the Hill by Tom Cox (English, 4 stars)
Started this book in March, but finished it first of May. This book, which has been on my TBR for over a year, is hard to review. Tom’s writing about houses (haunted or not), hills, hares, cows, books, cats, foxes, swimming, history, folklore and anything else that comes to his mind after or during his walks feel like being on a lazy summer holiday. Even if some of the stories are about the cold high snow, these are essays to read in the sun from your favorite lounge chair while the occasional bird throws a fit in front of you.

51. A Nearly Normal Family by Mattias Edvardsson (Dutch, 3.5 stars)
This wasn’t fast enough of a story to be a real pageturner (as promised), but it was very easy to continue reading. The set-up of the story was nicely done, following the POV of one of the family members through parts of the book. Instead of intertwined they follow each other up, each telling their side of the story, to make it a complete one. The twist at the end was no surprise, though well executed. Can recommend this as an inbetween/easy read.

52. The Backyard Homestead by various authors (English, 2 stars)
Very factual, but also very boring. This book is action packed and full of lists. It really is more of a reference book than interesting to read. As such, it covers A LOT of things you might possibly want to learn about when starting your own half-acre homestead. Which I don’t, so why was this on my TBR again?

53. The Windsor Knot by S.J. Bennett (English, 3.75 stars)
What to expect a murder investigating queen of England? The real Queen, but imaginary. I enjoyed how this book made the Queen feel as an actual person, witty, intelligent and caring. A bit cheecky too. I didn’t care much about the plot itself, as this felt more character driven than about the murder mystery. It was nice and cozy and I will definitely read the next one in this series.

54. Sneeuwwit by Samuel Bjørk (Dutch, 3.75 stars)
This is the fourth book in the Norwegian thriller detective series about Holger Munch & Mia Kruger. And I’ve put it on order from the library in december last year. I waited for 5 months to get it, it’s that popular out here. But, the wait was worth it.

Even though it’s a bit weird going back in time to the beginning, as a fourth book in the series, this was a good read. Picked up on some hints early, but at the end was still only half-right. One down side though, this team however seems to get themselves into trouble a lot, not sure I like that in every book. It doesn’t seem very believable since the second one.

55. How the Light Gets in by Louise Penny (English, 5 stars)
Sometimes the way a series is going is crushing you. You get to love the main characters and they are not doing well… things just keep declining, it’s utterly depressing when you hold them in your heart. In this 9th Gamache story, it finally all comes together. The last few chapters I was squeeling with excitement and by the last one downright sobbing. It does all come right in the end. I wonder which way the story will go next though, it feels as it could end right here, but there are at least 8 more and even more coming!

56. Howl’s Moving Castle by Diana Wynne Jones (English, 5 stars)
Not many realize this animated movie from Studio Ghibli is based on a middle grade book, but it is. I kept putting off reading this, scared of either ruining the movie of not enjoying it at all. I was wrong. Even though the events in the book are way bigger than the movie, the feeling it’s leaving you with is the same. And I am very much looking forward to the two next ones in this series!

So, these were my May reads? Have you read any of these too? Or are you adding some to your TBR? Talk to me in the comments!