After the silence this June, you might think I haven’t read a thing at all, but that’s (fortunately) not true. My father in law passed away early this month, and after that we needed some time offline to gather ourselves again. Since May wasn’t my month at all, I really needed this time to get back to myself again.

I feel more like me again now. And the amount of reading has been great! I also am working on three blog posts that aren’t entirely about books, so get ready for some other things this coming month.

So, let’s dive into the books, what have I read this June? 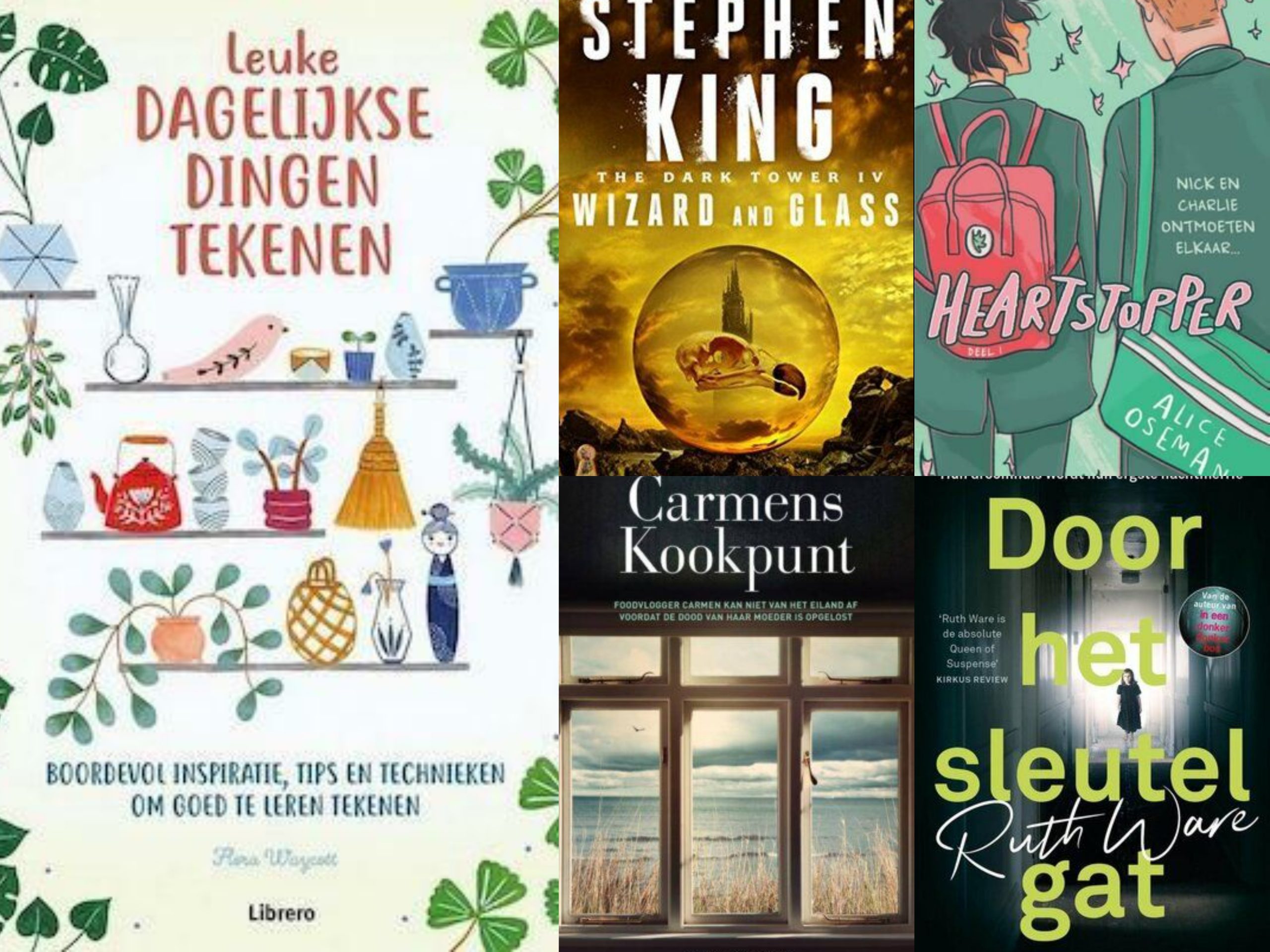 57. Drawing everyday fun things by Flora Waycott (Dutch, 3.5 stars)
This book by an established illustrator was fun and lighthearted to read, but I didn’t really learn anything new. I drew some examples from the book, and then shit it the fan at home. So it was back at the library before I could start really using it.

58. Wizard and Glass by Stephen King (English, 3.75 stars)
Out of the 8th books in the Dark Tower series, I like this one the least. Next to the current-time story, we travel back to Roland’s youth which is certainly interesting as how he came to be, but the fairly long teenage love story that comes with it isn’t my thing. Lot’s of great references in this story though!

59. Heartstopper #1 by Alice Oseman (Dutch, 3.5 stars)
I can see why people love this, it’s pretty wholesome even when some big issues pass the pages. I’m not into YA, romance or comics usually and still enjoyed it. I might even read the next few.

60. Carmens Kookpunt by Carmen Prins (Dutch, 3 stars)
Weird story. It’s written like a true crime story, but it’s listed as fiction. Either way, lots of things happen. People die. And multiple mysteries get solved. It was a nice lazy read, but not really thrilling.

61. the Turn of the Key by Ruth Ware (Dutch, 4 stars)
This was so good I read it in one morning. The main characters were however quite annoying to me. Not very lovable. Saw the last twist coming from miles ahead. Has noone reading this been a troubled child themselves? 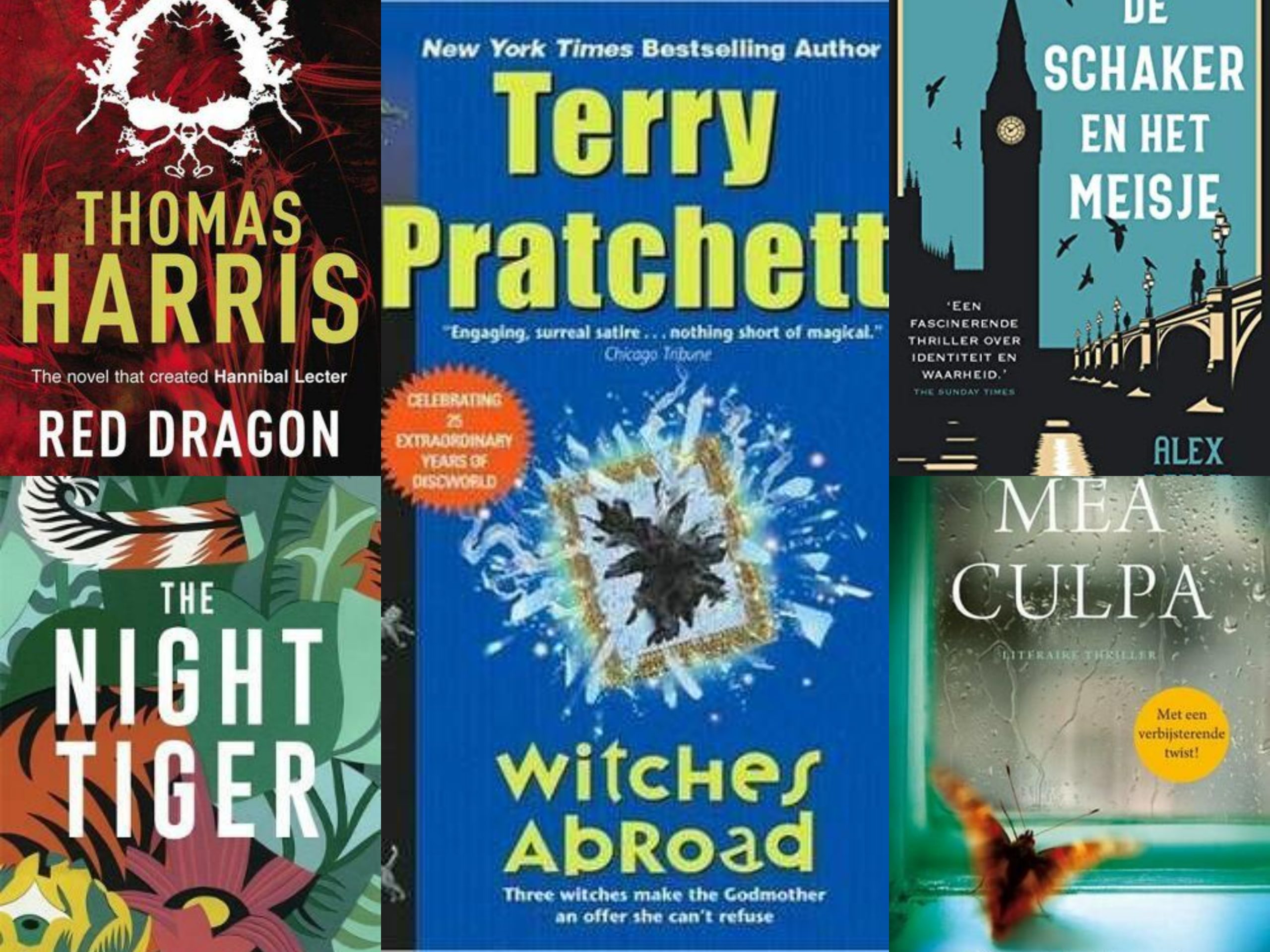 62. Red Dragon by Thomas Harris (English, 3.75 stars)
This book is very much like the movie. But it shows that it is Harris’s early work, some of the dialogues are a bit messy and it’s not always clear who’s talking. Besides that, the story lures you in. It’s thrilling, even when you already know what will happen next.

63. Witches Abroad by Terry Pratchett (English, 3.75 stars)
I’m starting to like these three witches, and the retelling was very nicely done. It’s not a favorite though, although I wouldn’t mind rereading it again. It simply didn’t make me laugh out loud as much as some of the others.

64. The House on Half Moon Street by Alex Reeve (Dutch, 4 stars)
Interesting! Victorian London and a transgender main protagonist tries to solve a murder. This is very character driven, which makes it an intriguing read. I don’t know if it is at any point representative enough or merely fiction but I could read more of this.

65. the Night Tiger by Yangsze Choo (English, 3.75 stars)
This Malaysian story was different from what I usually read but with enough familiair elements to keep me intrigued. For a slow read the ending felt a bit rushed though, that was a bit of a shame. Can still recommend if you enjoy magical realism mixed with mystery.

66. I Let You Go by Clare Mackintosh (Dutch, 3.75 stars)
Starts of with an horrific accident, soon gets boring and I didn’t like the main characters. Do I DNF ths one? Or is it a slow-read and will the second half and the promised plot twist make it right? The second part was indeed better and brought several plot twists. It still didn’t make me like the main characters, even though the story was pretty well executed.