I AM SO CLOSE TO MY GOAL!! I read less pages in August, but still managed to make it 9 books. Two of the are graphic novels, and some where short, but others were long. But… as of now, it’s only 9 more books to my goal of reading 100 books this year! Whoa! I can hardly believe it. I… Read more » 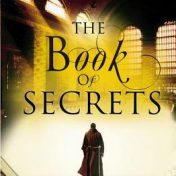 This weeks Top Ten Tuesday is right up my backlist books alley! I had to decide how to make the list shorter as there are so many of them. That’s why I will stick to 4-star rated books as I’ve already written about my 5-star reads so often. I also excluded everything I’ve read this year, any classics, and everything… Read more »

Are you ready? Because I have read SO MANY BOOKS this month. It wasn’t even that I had nothing else to do, most of them are shorter than usual reads. There was also a one-weekend readathon, and the FNLC Summer Challenge (more on this later) has really spiked my enthusiasm. So… ehm… I’ll keep this part short, because the rest… Read more » 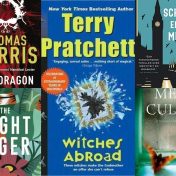 After the silence this June, you might think I haven’t read a thing at all, but that’s (fortunately) not true. My father in law passed away early this month, and after that we needed some time offline to gather ourselves again. Since May wasn’t my month at all, I really needed this time to get back to myself again. I… Read more »

Well. May has been a month all right. Not my best one, mentally, and I’m surprised that I still have read 7 books, as I didn’t read anything for two weeks straight. I woke up utterly tired. Suddenly could start crying for no reason at all. And really, nothing could motivate me to do anything. It’s been a while since… Read more »

I made it to book 50! 😀 Okay, officially, I have two books currently reading. But one of those I have finished on May 1st and the other one is read over 60% too. In April I’ve read 16 books and 5,213 pages. Such big numbers again! And hitting that 50 so early in the year? Whoa! Let’s not waste… Read more »