I saw this going on on Booktube, but it seems like something that could easily be adapted for bookbloggers too, so let’s give it a go! 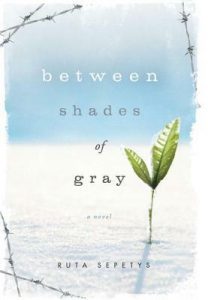 If I would pick a standalone, this MUST be Between Shades of Gray by Ruta Sepetys. Even though this really is a slow-paced book, this historical fiction set during the 1940’s when WWII was raging Europe reads fast and really was moving. Unlike many other WWII stories, this one is set in the Sovjet Union and follows a girl, her mother and the girls brother being deported from Lithuana to Siberia. Seperated from their father. The girl finds solace in her art, documenting the events by drawing. Risking everything she embeds clues in her drawings of their location and secretly passes them along, hoping her drawings will make their way to her father’s prison camp.

It’s really emotional. You get to be confused, enraged, engrossed, and will be starving with anyone of the characters, while also remembering their life before the war. It’s dark, it’s tense, it’s challenging and it’s sad. Before I was halfway through I was already crying, at the end I was dow right sobbing. If you liked The Book Thief, you will like this one too. And apparently, this was also the inspiration for the motion picture Ashes in the Snow.

Oof, this is hard! I read so many series and I have three that made it too 5-star rating, and several that made it to 4+ rating. Not counting rereads, I must choose for the Chief Inspector Armand Gamache series. It’s my absolute favorite this year. Again, it’s very moving. A lot of the stories in this (still continuing but) currently 17 books series are set around a small Canadian town. But it’s the characters that make the stories though. And the food’s not bad either. 😉 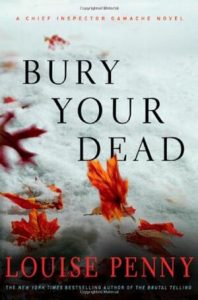 While I love them all, I’ve read about ten of them so far (8 of them this year), the fifth one was the first to totally rip my heart out. And I say the first, because THIS WILL HAPPEN AGAIN! This series gives you both massive book hangovers as a strong urge to keep coming back to them. This fifth book in the series feels more like historical fiction, and truly shows that Louise Penny has more than one trick in her writing sleeve. I can’t tell you anything where this fifth one is about though, because that would give away things happening in previous books in this series. Just trust me on this, you will love them, and they will make you cry.

In my review I wrote: “In this 5th Armand Gamache story we are presented with not one but three cases, one of them which feels like an historical fiction novel. It was marvelous, but also a slow both comfortable as emotional read. Where the previous book ripped your heart out, this one lets it tumble around for a while before shoving it back in. Being an officer isn’t just all heroics and solving cases you know. And this might as well be the best one in the series yet.”

3. New release you haven’t read yet, but want to

I don’t know? I have no idea what has been published. I don’t really keep track of new releases. Most of my books come from the library or second hand stores, so I mostly read backlog books.

4. Most anticipated release for the second half of the year 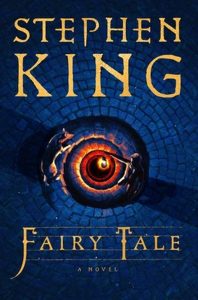 This is an easy one. It came to my attention (thank you Twitter) that Stephen King has written a fairy tale. It comes out September. Since I recently discovered I quite enjoy magical realism, I am VERY curious what Stephen King’s idea of fairy tales are. This one will be pure fantasy though, but I’m reading more of that these days too.

The book blurb reminds me of The Talisman, and the cover reminds me of The Eyes of the Dragon. And, there will be a dog! Also, I am on a quest to read every book ever written by him, so this fits perfectly into that. I don’t need to get it in September per se, but maybe I can put it on my Christmas wish list?

Well… I was hoping I never had to thing of this again but… here we are. This is W.F. Hermans’ (a prolific Dutch writer, considered one of our best and biggest) I Am Always Right novel. It was SO boring, since the main protagonist is a whiney 30-year old white male, and just keeps on complaining, all 250 pages long.

It also made me embarrassed of being Dutch, despite (or maybe because of) all the complaining this book felt like very typical Dutch culture, not just of the 1950’s. Some things are still the same. And I doubt if we will ever learn and change…

There are many ways to be surprised, a major plot twist is one that comes to mind. But for this question I chose books I liked, that were so out of my comfort zone I was surprised I liked them at all. And then I noticed this one.

Many people have read Harper Lee’s How to Kill a Mockingbird and yet I still didn’t have a clue where I would get myself into when opening this book. It was really hard for me to review properly after reading it. I could only call it “a true classic” and “pretty captivating”. Some bits were a bit dry though, but I was still ashamed that I never read it sooner.

7. Favorite new author (debut or new to you)

Louise Penny doesn’t count, I discovered her late last year. Same goes for Simone St James, of which I want to read everything she’s written too. So that makes it Ruta Sepetys. I have read just one book, but it made me want to read more. Ruta Sepetys writes both good stories on their own, but also manages to make you feel all kinds of emotions while reading. I am curious to know if this happens in all her writing, or was Between Shades of Gray a one-off?

8. Newest fictional crush
I don’t crush easily, so this didn’t happen (yet?). 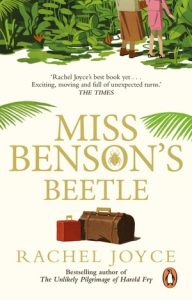 Miss Margery Benson. She is a schoolteacher and spinster, getting by on scraps during the 1950’s. And one day, she picks up someone else their boots, walks out of the school to never go back to anything from her former life. Miss Benson very suddenly decides to set out on an expedition to the other side of the world in search of her childhood obsession: an insect that may or may not exist–the golden beetle of New Caledonia.

This was such a fun story, and Miss Benson totally suprises you! Many times over. She takes on an assistant, who is her complete opposite, but somehow they stick together and through all of their adventures they become friends. It’s a lighthearted and funny emotional story, even though some gruesome life-events happen. It’s very adventurous, and courageous. I expected it to be more of a chick-lit, but it’s got more mystery and danger than anticipated. By the end of the story, Miss Benson has both really changed as not changed at all. And for a spinster of the 1950’s, that’s a BIG DEAL.

10. Book that made you cry
I’m starting to think which didn’t, maybe I should dedicate a special blog post to this.

11. Book that made you happy 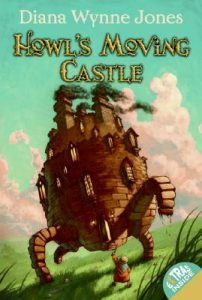 Can I call on Miss Bensons Beetle again? If not, I’m going for Howl’s Moving Castle.

This movie is one of my all-time favorites, one of my comfort movies. So I kept putting off reading this, scared of either ruining the movie of not enjoying it at all. I was wrong. Even though the events in the book are way bigger than the movie, the feeling it’s leaving you with is the same. Happiness.

12. Most beautiful book you’ve bought so far this year (or received)

And suddenly I don’t remember any books I’ve bought this year. But I recently wrote a blog post about this! If we’re going for aesthetics only, that would be my pop-up book of the Nutcracker. It’s an illustrated book entirely, but the style in which it was done is one I love a lot. And, it has pop-ups! 😀

13. What books do you need to read by the end of the year?
Let’s leave this to another blog post. The list is long! To be published the 26th.