I totally jinxed myself last month didn’t I? Well, too bad for me! Because this is what happens when you think you’re nearly there. You hit a reading slump.

I do however, think I have found my way out again. I read a few books, but overall wasn’t enthusiastic enough. On their own they were ok. But what usually keeps me going is lots of murders, and more pacing. I didn’t get those enough and thus hit literary rock bottom. To get myself out again I returned to some favorite series and continued those. It helped. What will help even more is getting some different murders read. So that’s my library stack for April!

But first, see what I read this month. 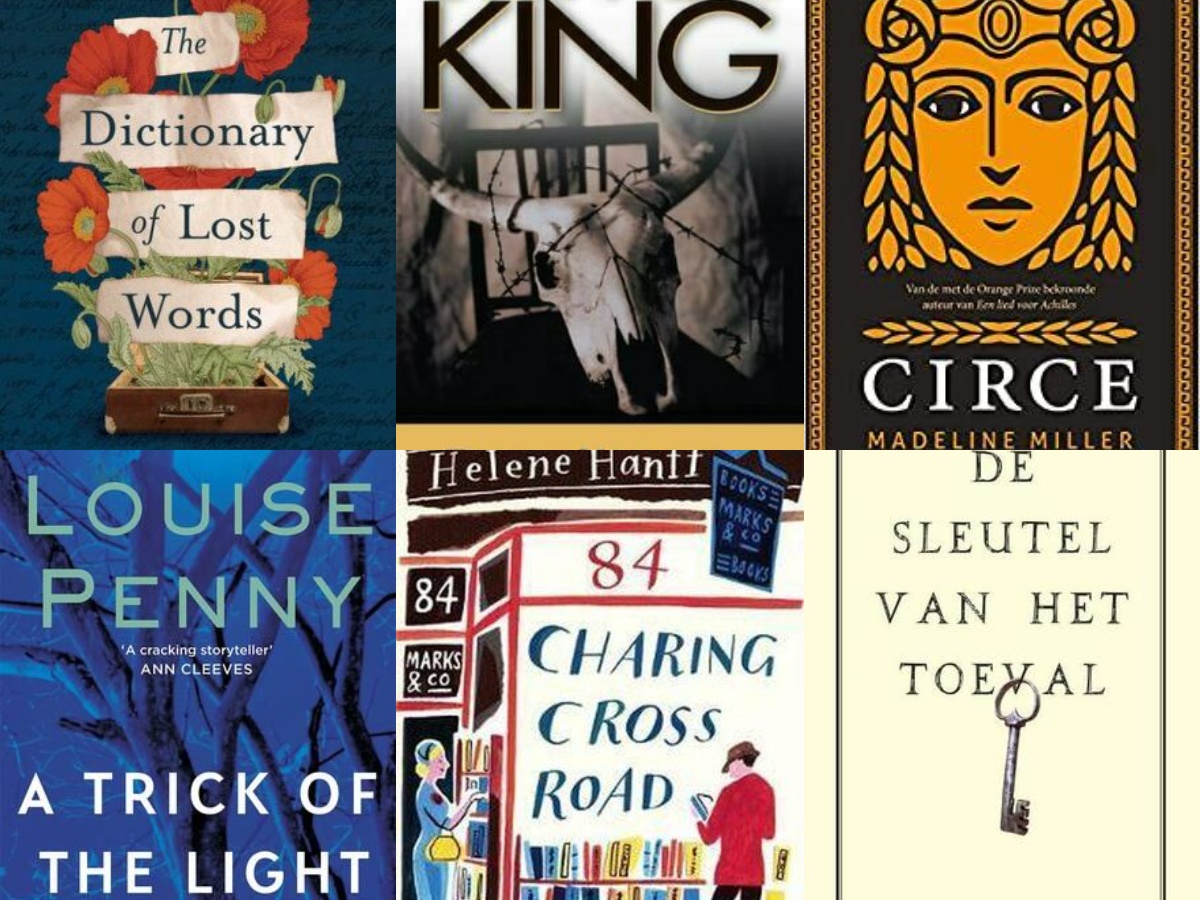 26. The Dictionary of Lost Words by Pip Williams (English, 3.5 stars)
Sometimes when you put a book on hold for too long, it loses it’s momentum. This book is about emotion and the power of words and at the same time of the authority of men and women finding their own. But my gosh what slowpaced! I really anticipated this read for a while and finally found a reason to bump it up my TBR, but it was so slow I got trouble focussing. Of course the current events in Ukraine didn’t help either. I can see how anyone could love this book, but to me only the last parts engaged me. The question is still an interesting one though: do words mean different things to man and women? And if so, how?

27. Rose Madder by Stephen King (English, 3.75 stars)
I read this for the Dark Tower readalong as this sort of hits the same world. It’s a weird mix of domestic thriller and mythical fantasy horror, but somehow it works. This book is not for the faint of hearts though. There are a lot of crude scenes, starting right at the beginning. The way King writes them as you can feel what’s happening yourself is both a gift as a curse I think. But in the 90’s this was all still pretty normal. Overall I liked the story and this was one of the better ones this month, but the weird mix also made it not a favorite and just ok.

28. Circe by Madeline Miller (Dutch, 3 stars)
Loved by many, but more of a disappointment than expected. This story felt for a large part as namedropping of many other Greek Gods, and it was also very slow. Ofcourse the life of an ancient character is very long and while being banished to an island not much happens so there’s also not much to tell. I did like the walks through nature and the many animals, but for most of the book I was bored.

29. The Hangman by Louise Penny (English, 2.75 stars)
This was a short story, not even 100 pages long, an inbetween of the series, not really adding much I must admit. I actually missed many of the feelings we usually get from Gamache.

30. A Trick of the Light by Louise Penny (English, 4 stars)
See, this is what I mean! 😀 I must say I was surprised at this one. Did not see these emotional character stories coming. The line from previous books continues strongly. Substance abuse and relationship troubles are highly centered. On multiple levels. Happily after? What’s that?

31. 84 Charing Cross Road by Helene Hanff (English, 3.75 stars)
This was a delight! I never read an epistolary before which is about letters mostly. Some books cover journal entries, but this was something else. As a penpal-er myself, it was easier too read than I expected. The letters are funny too. Not all of them are added, and sometimes there are long time gaps (which is VERY NORMAL when penpalling) but you get to see the bond evolving between Helene from the US and Frank and his staff, wife and even a neighbor from London.
The second part of the book is Helene’s diary from when she finally is able to visit London and her experience there. It’s a bit slower too read and more crammed with people’s names and her activities, but it’s a good sequel to the letter-writing part of the book. You’ll get to be just as excited when she wakes up in London her first morning and sad to be leaving when the time comes. Because it’s non-fiction you also get multiple glimpses of what live was like in the 50’s, 60’s and 70’s, which is a nice bonus too.

32. De Sleutel van het Toeval by Antoine Baars (Dutch, 2.75 stars)
Sometimes the writing is great, but the story isn’t interesting. And sometimes the story is intriguing, but the writing is simply lacking. The pacing is great, but the story is full of little plot holes, which makes it a bumpy ride. It’s one to read between the lines, a lot. It feels as a bad translation, without being translated. Despite that, I still do like the concept of this historical mystery. I’m sad it wasn’t good enough.

And that’s it! Still, seeing this list, I’m not really enthusiastic. I am currently reading the next in the Dark Tower series though, and it’s GOOD! So hopefully next month I get to share more positive reviews again.

What about you? Have you read any of these? Did you feel the same? Or am I missing something obvious in these reads?