The year is over, another has started! And we are still here and reading. I hope you had some wonderful holidays and I wish you a great 2023!

During 2022 I’ve finished reading 130 books, across 44,417 pages. I got wrapped up in intrigue, went to dark places, and explored new worlds. I read 94 new authors, had 9 rereads and 59 of the books I read were part of a series. I also DNF-ed 2 books. The average length of the books was 342 pages, most medium paced, with an overall average rating of 3.77.

Am I pleased? Yes! I have read many many great books last year. And the most books+pages during a year ever. At the beginning of the year I was doubtful if I could even get to 100, as I usually end a year around 80 books. But now I have even surpassed these goals!

During December I read another 10 books, despite not reading anything between Christmas and New Years Eve. We have musical tradition during those days, which is hard to combine with reading, so instead I have drawn and painted A LOT.

But… instead of writing about my December reads, I wanted to give you my (randomly numbered) recommendations of 2022. Let’s mix things up a little this time! 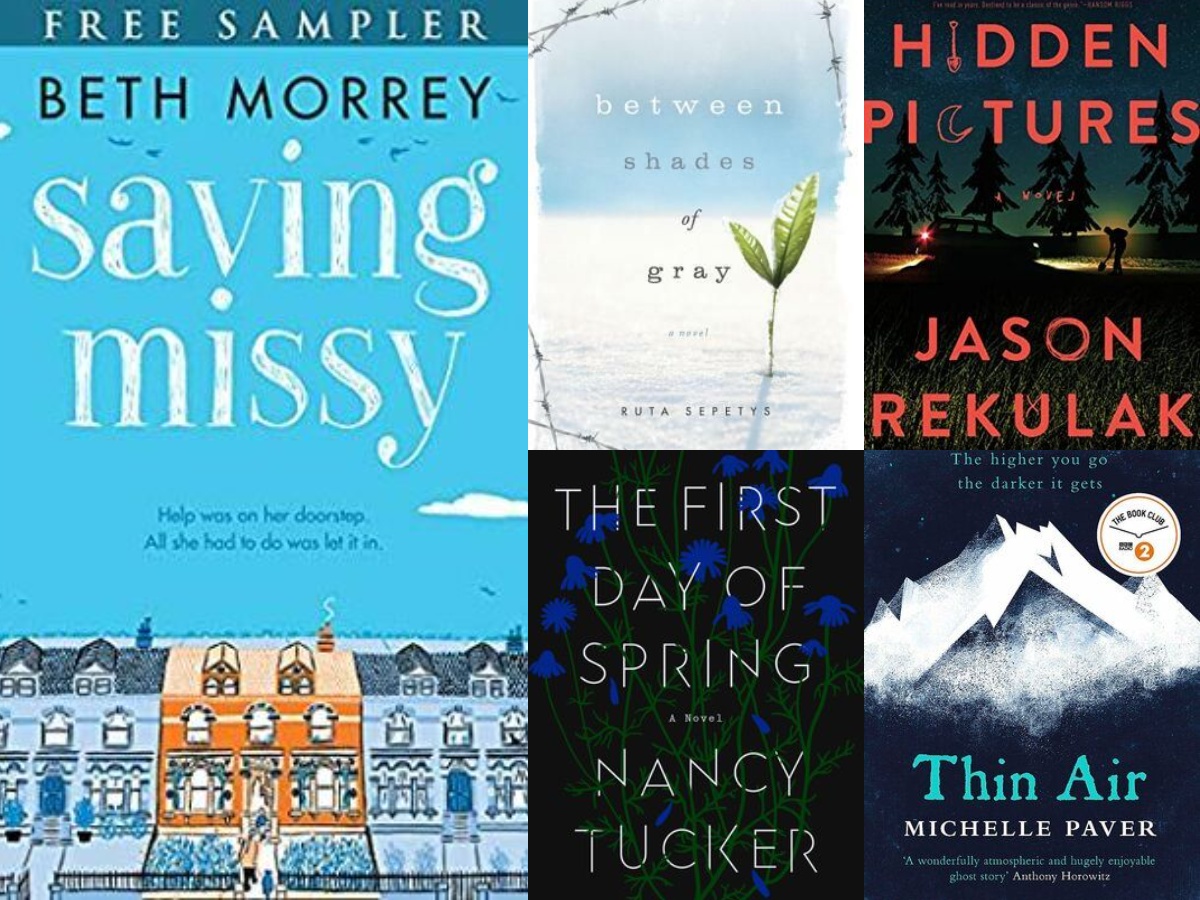 Saving Missy by Beth Morrey
I’ve been recommending this book to everyone doing #12books12friends on twitter. Even people I hardly or not at all know! It was such a surprise book last year. Heartbreaking, but so beautiful. I don’t remember the last time a book made me cry this hard. This is hangover material for sure, but in an uplifting way (even though parts of it are also very sad).

Between Shades of Gray by Ruta Sepetys
This one is for everyone who loved Mark Zusak’s the Book Thief. A really good historical fiction set during the 1940’s when WWII was raging Europe. This one is set in the Sovjet Union though and follows a girl, her mother and brother being deported from Lithuana to Siberia. It reads fast, but it’s emotional. You get to be confused, enraged, engrossed, starving with anyone of the characters, while also remembering their past. Before I was halfway through I was already crying, at the end I was dow right sobbing.

Hidden Pictures by Jason Rekulak
When you love mystery with a bit of horror, go read this! Because what, the actual, fuck? For real? Wow… This book started out great, really, it was so creepy, a perfect atmosphere, and then it went the way I somehow expected it to go, because it was hinting that direction for a while, and suddenly… MAJOR PLOT TWIST! Did NOT see that coming, AT ALL. It was amazing.

The First Day of Spring by Nancy Tucker
Slightly more predictable, but even so. Dark. Uncomfortable. And heartbreaking. This books, stirred up some of my own trauma, which didn’t make it easy to read. But even without it, I don’t think it’s supposed to be an easy read as it’s about an 8-year old girl committing a murder. The way young Chrissie and adult Julia flow into one and another is well written. Surely recommend!

Thin Air by Michelle Paver
This was the first book I’ve read last year and it’s still with me. A good psychological horror. Very athmospheric. Is their brain playing tricks on them, or is it real? Is this what happened on that expedition 29 years ago, or is it happening because of what happened? I really have nothing bad to say about this one. 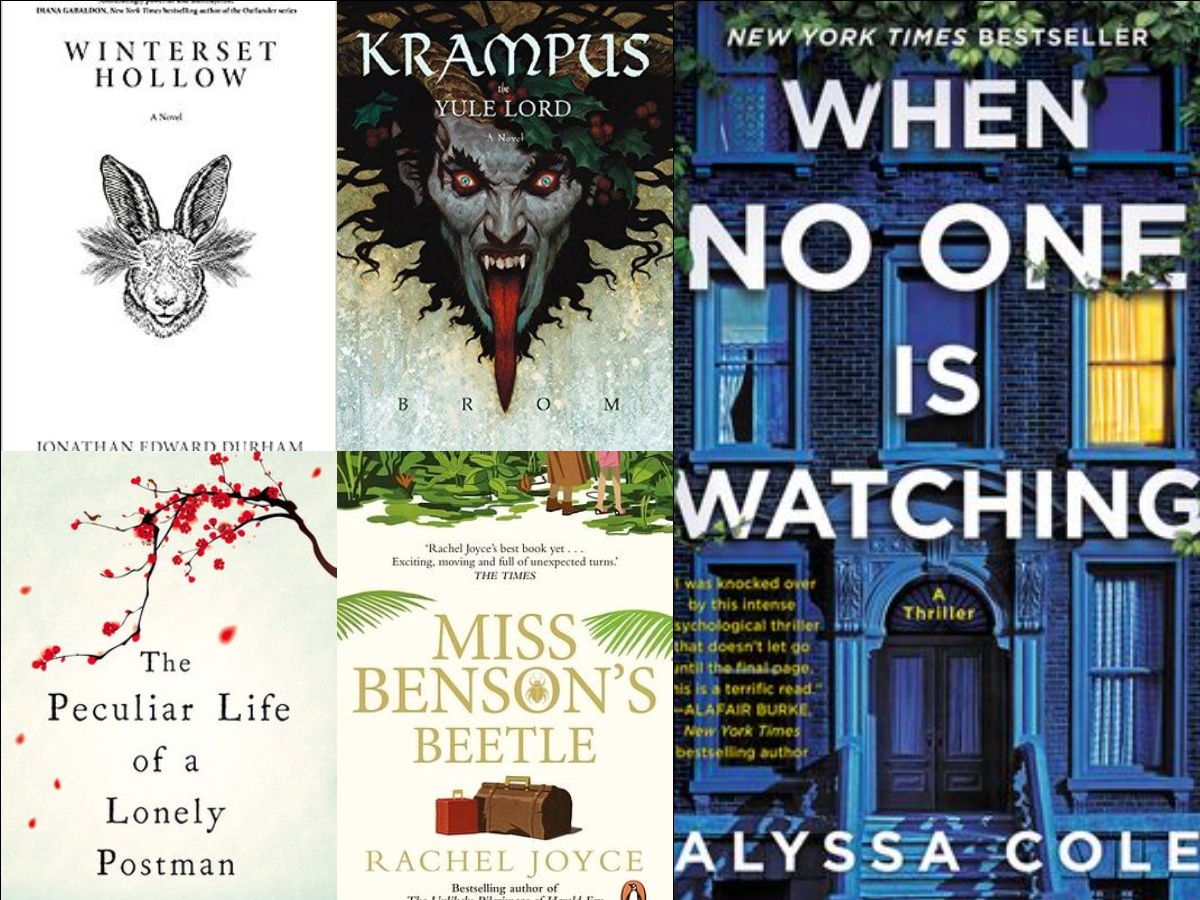 Winterset Hollow by Jonathan Edward Durham
This was some story! It has some familiair elements, but twisted in such a dark way, it becomes something else entirely. It’s shelved as horror but I would say thats mostly due to how tensed it is. It’s also mysterious, adventurous, fast, and sad really. There’s a plot twist, and just the right amount of weirdness. I really enjoyed this read. Again, thank you to whoever recommended it to me! I hope I can do another one that pleasure.

Krampus the Yule Lord by Brom
I only read this last month but… wow! This was really good, although I expected a bite more action. The research done to write this, intertwining all the folkloric tales surrounding Santa Claus, Krampus, Saint Nicholas from all over Europe was magnificent. It was a well-written, character story, which made you feel for Krampus and even dislike Santa a bit.

Miss Benson’s Beetle by Rachel Joyce
Another one of my surprise books last year, which I have been recommending all over social media. This was a fun and cozy read! Two women end up at the other side of the world, one a bit of a mystery, the other one plain as day. They both have their reasons and their personalities are completely the opposite, but somehow they stick together and they become friends. It’s a lighthearted and funny emotional story, even though some gruesome life-events happen. It’s very adventurous, and courageous. Definitely NOT a chick-lit, even though it sounds that way reading the blurb.

The Peculiar Life of a Lonely Postman by Denis Thériault
And another, that sounds real sweet and sugary, but when you think about it is quite creepy. It was also quite tragic and the poetry really added to it. I’m not a poetry fan but these haikus and tankas inbetween the story of the lonely obsessed postman were very nice!

When No One Is Watching by Alyssa Cole
Not a five star book per se, but, I can’t help recommending this as it is so true to life for so many people, that this book both makes you think as give you the creeps. For the most part I was feeling too white an audience to fully appreciate the thrill. It was all done so subtle. Knowing things like that actually happen, but never experiencing it, made it more like reading the news. Then the last 100 pages came along… and totally sucked me in. Wow!

So, these were my ten recommendations from 2022. I’ve read a couple more great books, but I specifically not added any books from series to this or books that already get so much attention you’ve probably read about it elsewhere. I hope you’ll enjoy these too!

9 thoughts on “My recommendations from 2022”