This weeks Top Ten Tuesday is right up my backlist books alley! I had to decide how to make the list shorter as there are so many of them. That’s why I will stick to 4-star rated books as I’ve already written about my 5-star reads so often. I also excluded everything I’ve read this year, any classics, and everything else that’s too obvious. 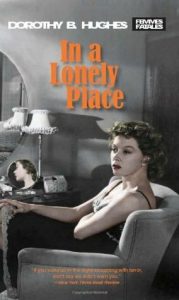 In a Lonely Place by Dorothy B. Hughes
It’s hard to believe this book was written in the mid 1940’s, because it’s so well-executed. It’s a slow paced story, following a man in Los Angelos. Right from the beginning you KNOW he’s the killer, but it’s all so subtle. His confused identity never really reveals what happened, but YOU know. You see the signs. The little clues. The gaps in the timeline. The things Dix Steele notices but doesn’t put together. Dorothy Hughes is a good crime writer. Hopefully I’ll someday find more of her books as this was a very lucky Little Free Library treasure. 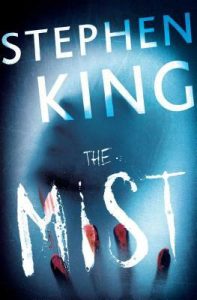 The Mist by Stephen King
This short book has a really nice pace to it. The story itself is rather entertaining, I read it in one day! Even though we don’t get any answers about what actually happened, how it happened and if anyone actually survived, it feels as a complete and whole story. A terrifying one I might add. I keep thinking about this read any time I see the fog rise. Will it become my story this time? Or is it indeed just a weather thing? Not many short stories are so stuck into my head as this one, so in case you haven’t read it, please go find it soon! 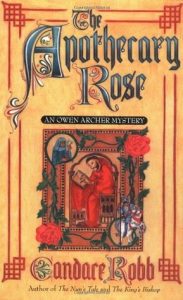 The Apothecary Rose by Candace Robb
Basic pulp. This is the sort of read I usually bring along on a spa day. But with some busy days scheduled it was also nice to read something easy at night, something you don’t have to become totally invested in and you can easily lay beside you for another day. There’s a man, and a woman, and another man and another man, and a mystery. All pretty straight forward, but still intriguing and the character building is done well. My partner called it: a harlequin bouquet novel, but with less romance and more murder. He was trying to make a joke but he’s actually pretty accurate!

Midwinter by Rosamunde Pilcher
Due to diverse circumstances, 5 people end up in a house in Schotland. And snow happened. The pace is real nice and the writing style is different than most books I read. In each chapter you follow a different character. But the stories fit together perfectly.

It is a romance (not my usual read…) but I feel it’s more about the healing power of friendship, and these people coming together with all of their sad stories, healing their hearts is very moving and make you believe in kindness a bit more again. 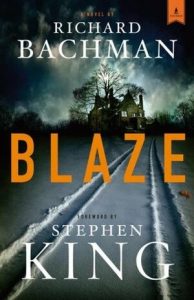 Blaze by Richard Bachman (Stephen King)
I was very pleasantly surprised by this story. Getting a King-story off the shelve made me expect something totally different, but this was more of an emotional read. The writing was magnificent as you come to love Blaze and root for his cause even though he messes a lot of things up. You start to truly understand and feel for him. There wasn’t a happy ending. And even though I would have loved that, I also love the fact that King dared not to. There are already too many happy endings which never seem to make sense. So sometimes it’s better to just let things unfold as they are. 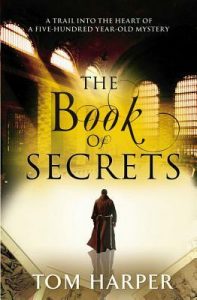 The Book of Secrets by Tom Harper
Awesome! This is the kind of book that always gets me excited. A historical mystery, but also a book about books. It was full of both ancient as modern techniques, mystery and the thrill of the chase. It’s based on history, but still very fictional. I loved it! Maybe it’s time for a reread soon. Or something else by this writer to find out if all his historical thrillers are so exciting. 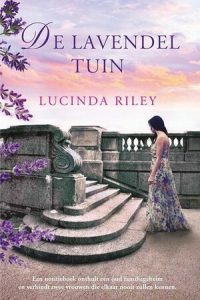 The Lavender Garden by Lucinda Riley
Right from the start I knew this book could either go two ways, I would really like it or I would hate it due to the amount of romance. And I am glad to say, that I actually liked it!
First there is the mystery of the house, the present time main character Emilie inherits. It’s beautiful, full of art and ancient books, but most of all it’s intriguing history. What happened there? What are it’s secrets? I wanted to know!
And then there is the second main character, not in present time, who is trained to help her country oversees during the war but right from the start everything derails from the plan and this story is beginning.
The psychological issues both characters struggle with are put to paper nicely. Emilies naivety was rather frustrating though. I couldn’t believe her! But this story comes to a good end. Some bits even better than expected. 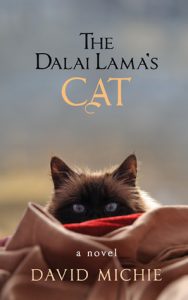 The Dalai Lama’s Cat by David Michie
I generally love books about cats or from cats perspective and this series is very enjoyable. I remember reading this first one and being surprised about how it was both informative as funny. Sure, of course some things are exaggerated a bit but the overal lessons about mindfulness are intertwined nice with the stories and adventures of His Holiness Cat. The book in itself is relaxing and the character building through out the series is fun to follow. It’s a very relaxing read!

What about you? Have you read any of these or did I get you excited for them? I would love to know our opinions!